A campaign against homophobia, organized by a group of LGBT activists, including the author of this article tock place in Belarus from 17th of April till 17th of May 2008. 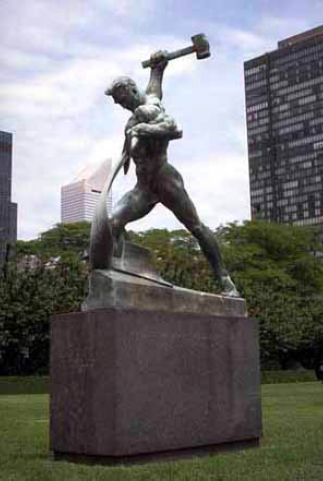 Such campaign is a unique case for Belarus, because it’s never taken place before, all previous actions on this topic were of sporadic character and did not draw the attention of mass-media. This time, the whole month the activists of Belarusian LGBT community organized the series of education activities, gave numerous interview, took part in the gay pride in Moldova, had meetings with the journalists and activists from Europe.

Among the activities of the campaign was the participation in “Chernobylsky shliah” – an annual oppositional demonstration, dedicated to commemorate the victims of Chernobyl nuclear disaster in 1986. One of the leaders of right-wing youth organization “Malady Front”, Dmitry Dashkevich said in the postdemonstration interview to “Radio Freedom (RFL)”, that “pederasts” (the abusive word for homosexuals in Belarus) should not had taken part in this action. In his earlier interviews and public discussions he always highlighted his opinion about homosexuals as “abnormal” and “mentally insane” people. Dashkevich demonstrates his own ignorance and does not respect the opinion of the World Health Organization (WHO), which excluded homosexuality from the list of the mental illnesses. Activists of “Malady Front” are positioned as the strugglers against Lukashenka regime, for freedom and democratic and European values in Belarus. This organization often gets grants from Western sponsor and partner organizations to support human rights protection work.

Such statements of “Malady Front” leader got a resonance not only in Belarus but abroad. Many of our partner organizations cannot understand and accept such position. Their representatives asked me: “Why your youth leaders, who struggle for freedom, democracy and political prisoners discharge do not understand, that homophobia is also a kind of discrimination and human rights violation?”

Unfortunately for some oppositional leaders and activists as well as Lukashenka administration, homosexuals are “perverts”. They prefer to ignore the problems of LGBT people and blame homosexual relations as something dirty and shameful. Another leader of “Malady Front” Artur Finkevich in the interview to the mentioned above “Radio Freedom” said that all the homosexuals should be forcibly settled in reservations and their contacts to “normal” people (especially children and families) must me prohibited. In this context oppositional activists use not only rhetoric of Belarusian authorities, they are supposed to struggle against, but the rhetoric of Hitler and corresponding ideology. Ghetto, concentration camps and GULAG had taken place in our history. It looks like, that some of the oppositional youth leaders would like to put us back to that dark times.